The new process-viewer version is here! It follows the sysinfo release which added processes' disk I/O usage information (you can read the blog post about this release here). 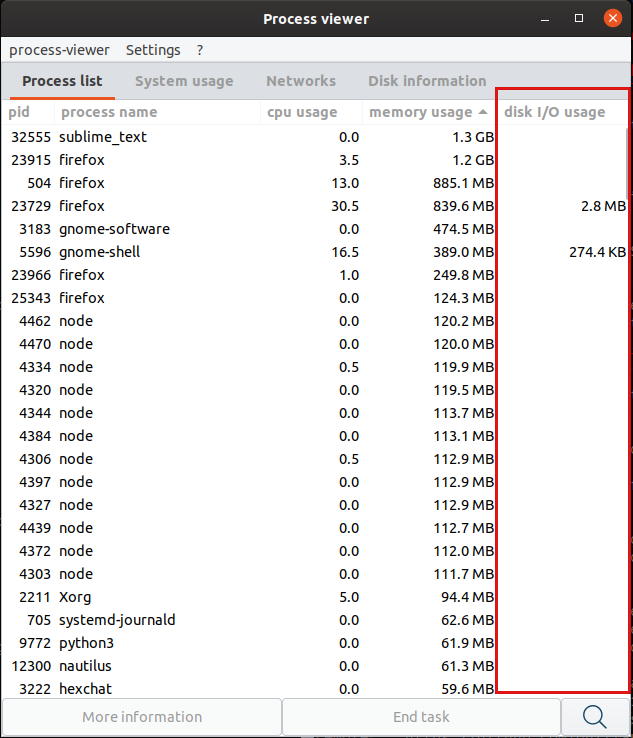 The process dialog also got a new graph: 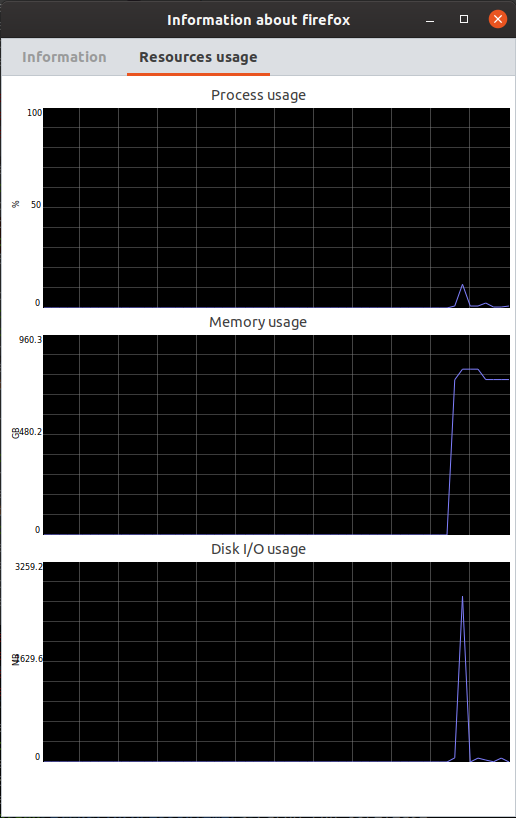 As well as new fields: 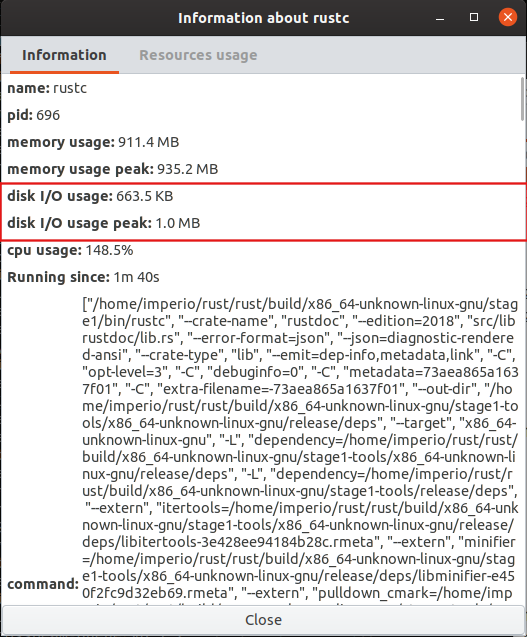 Very convenient if you want to check which process is using all your disk bandwidth!

Even though this update was primarily focused on adding the processes disk usage information, I also made a few improvements that come handy: 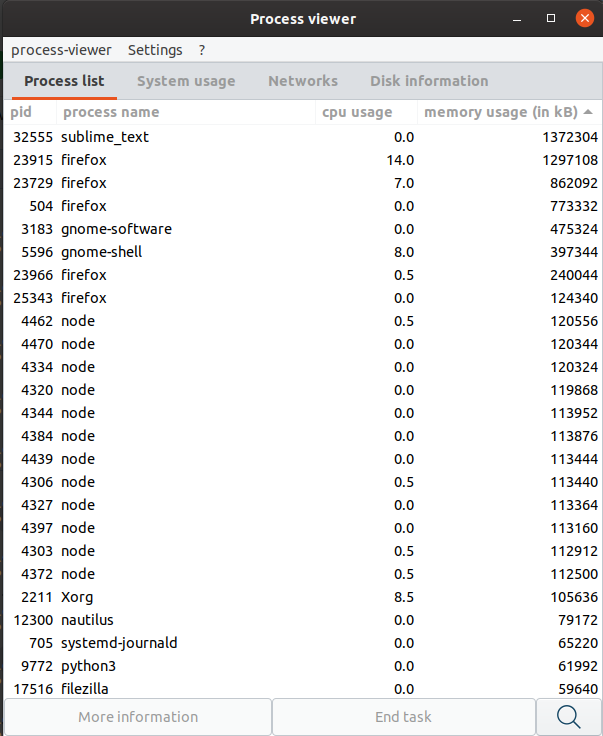 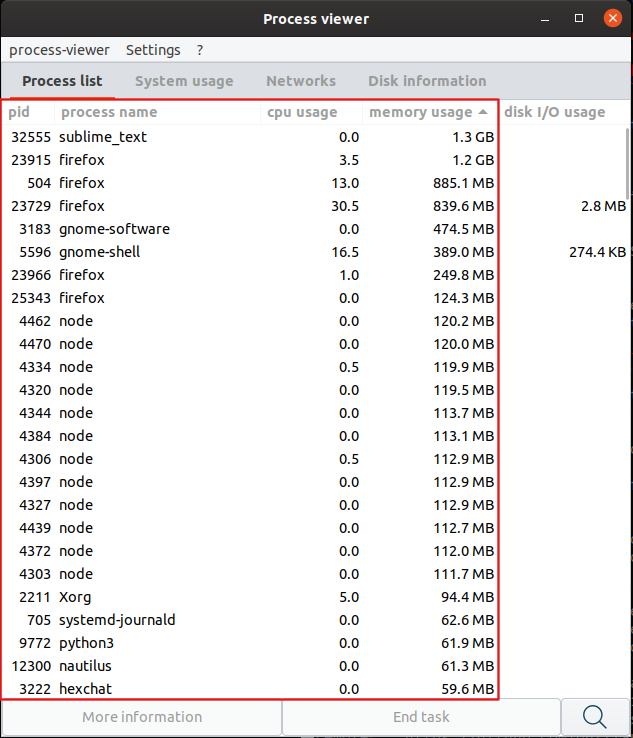 That's it for this release! I guess next one will come when I'll add new features to sysinfo. See you then!