Following both the new sysinfo release and the new gtk-rs release, I worked on updating process-viewer as well. So here comes the 0.3.3 version!

As a reminder, process-viewer is a process viewer GUI written in Rust.

In the last sysinfo release, I worked mostly on bringing more information and control over the networks. Systems don't just provide one network interface but many and in that regard, it didn't make sense to just group everything. You can now visualize all of them in their own tab: 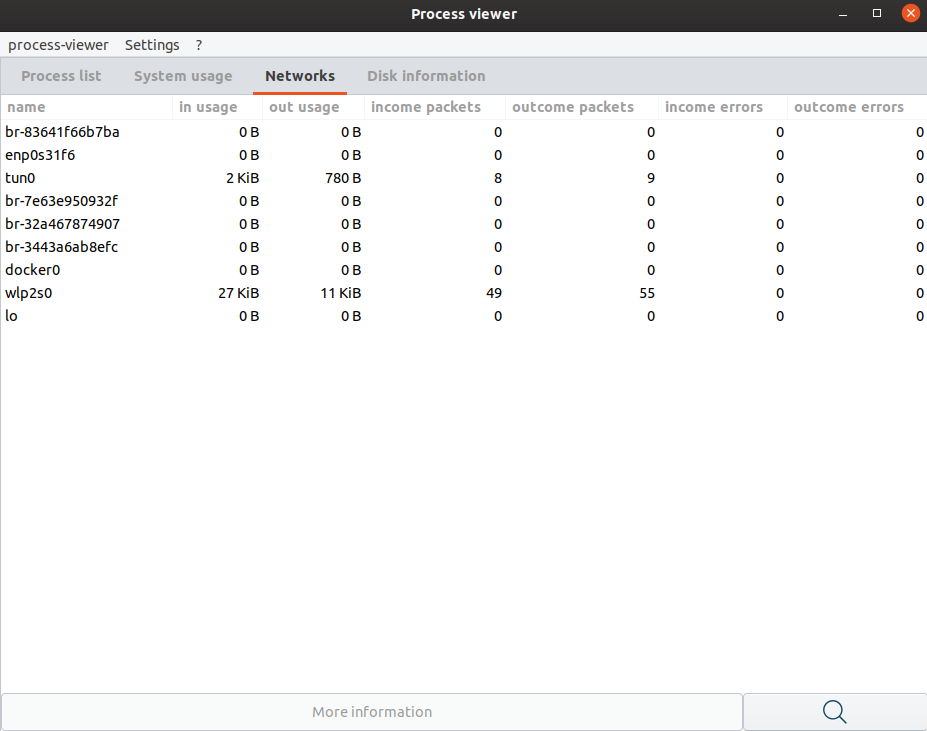 Just like the processes, you can filter and sort them but also open a specific dialog for each network interface to get even more information: 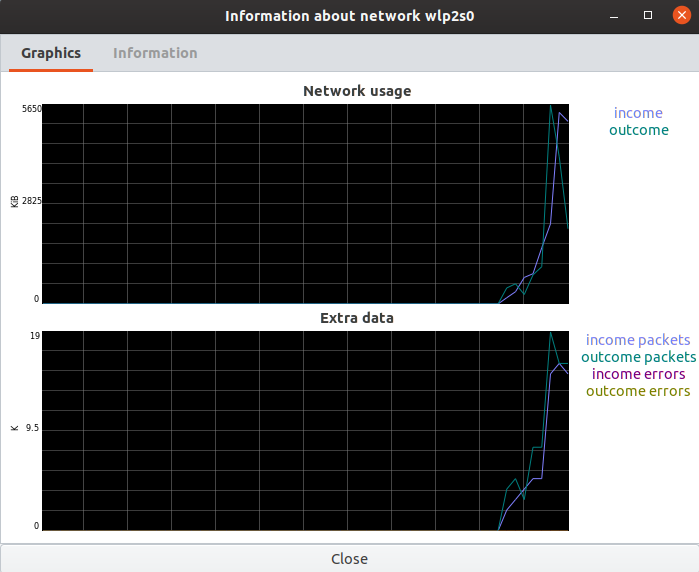 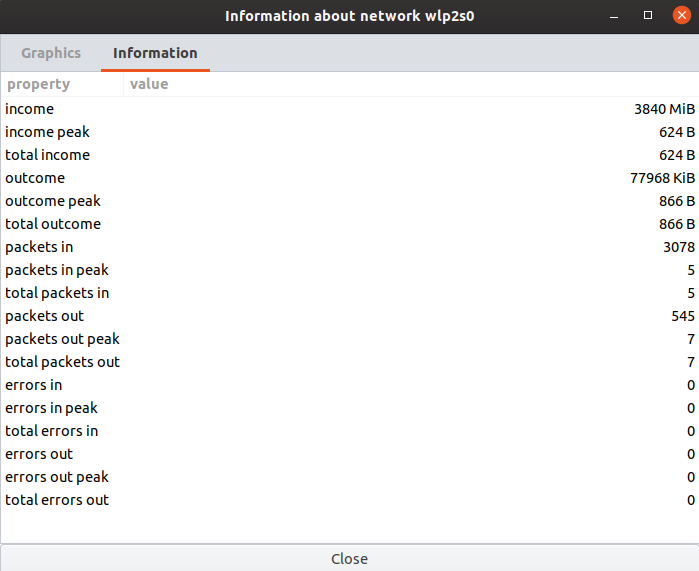 I also worked on improving the graphs display. Instead of describing, I think pictures will be more obvious (before on the left): 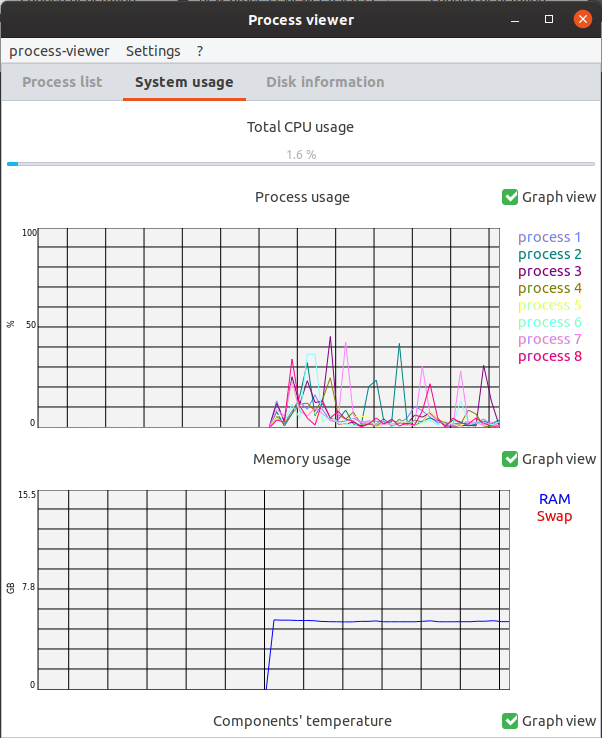 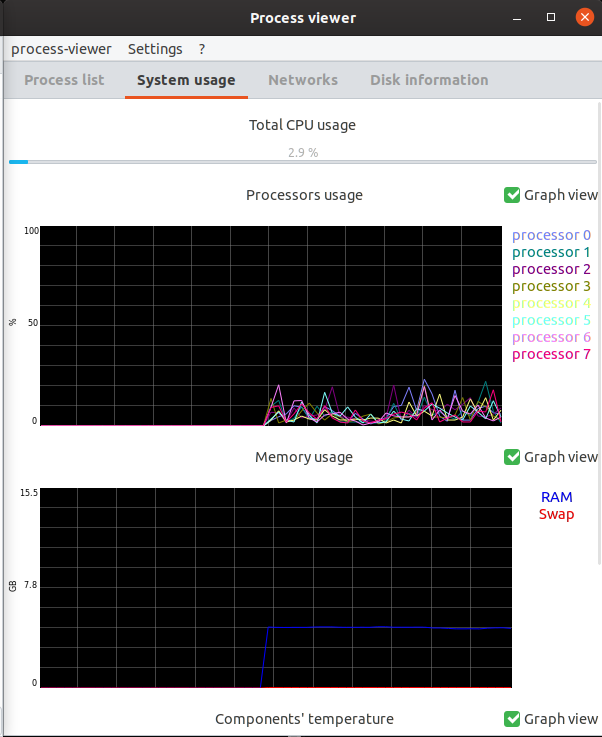 When a process dialog was open and this process died in the meantime, the dialog still got updated... weirdly. Now, it's just not updated anymore, allowing users to just keep track of the last information.

I also fixed the displayed units. Since I'm using power of 2 to divide them, it is correctly displayed now ("KiB" instead of "KB" for example).

Not really a bug but more like small code improvements: some ref counted variables were cloned whereas they didn't need to. Since the last gtk-rs release, it became much easier to handle them efficiently thanks to the brand new clone! macro.

This release took me a lot more time than I expected. Mainly because of the whole new network interfaces. I tried a few ways to display them before getting satisfied.

Anyway, if you want new features or have some ideas to improve it, don't hesitate to tell me!